The speaker was Pat Riches – an old friend and member of the branch – she came to talk about the Sycamore Tree Course.

There was a reasonable number of members at the meeting, which began with a short service led by Dorothy as Carol was away for quite some time in “foreign parts”. Val led us in some lovely prayers. 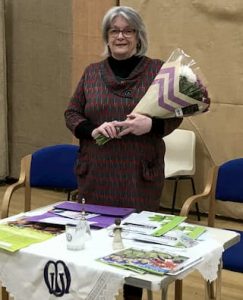 Pat began her talk be saying that she did not believe that punishment alone works – people need guidance to start a new life once released from prison. She did add that there are however evil people in this world whose behaviour can never be changed.

Pat is a volunteer on the Sycamore Tree Course at Thorn Cross Prison. The Course is faith led and all the sessions are based on the story of Zaccheus, a tax collector working for the Romans. (Cheating the people, he climbed a sycamore tree to see Jesus as he was not very tall. Jesus called him down and went to his house. Eventually Zaccheus paid back all the money he had taken to line his own pocket.) The six sessions include talks, television and video clips, and small group discussions.

The people within each group try to explore the wider affects of their crimes, e.g. how whatever they did impacted on their victims and their own families. Some members of the groups are required to join the course as part of their sentence.

Pat had felt drawn to do something outside the church and prison work appealed to her. Gail Miller, who was our curate and is now a prison chaplain, may well have had a hand in this choice!

By the time the lads, as Pat referred to them, reach week six, they must complete a form of apology to their victims. They may write a letter, create a carving or paint a picture, to show their remorse.

There are some good outcomes as a result of the Course. One young man addicted to heroin had no idea of the harm he had caused, but eventually he was released from prison and went on a course of rehabilitation and he is now working as a Rehabilitation Officer himself!

Pat spoke about many individuals and her passion for the Course is amazing. We wished her well with her future work on the course.

Mothers’ Union is always pleased to welcome new people joining or coming to meetings as visitors. 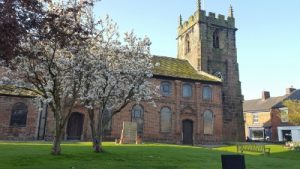