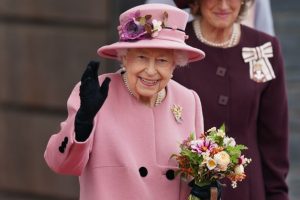 June 2022 Letter from our Vicar

I’m giving thanks for 70 years of the gracious reign of Queen Elizabeth II, and I’m glad so many people in our nation and Commonwealth are joining the thanksgiving.

It is a unique thing to be in the generation which is marking a Platinum Jubilee. It is a more remarkable thing that we are the generation which has benefitted from her leadership as our Head of State for so long. We probably take the benefits for granted, but we shouldn’t.

For ONE, having Elizabeth as monarch in every stage of her adult life has subconsciously taught us a lesson. The Queen’s work and life as a 95-year-old has showed us how to value the contribution of other 95 year-olds. Likewise, we have appreciated her leadership as a young woman, as a parent, as an empty-nester; as married and now as single; she has led us in her happy times, and in the times when her family was falling apart, and through the loss of her husband. We should value the contribution of every age group in each stage of their life, and the Queen helps us do that.

For TWO, unlike politicians, whose leadership tends to wax and wane all too swiftly, the Queen has shown us the effectiveness of long-term leadership. It is good that she has consideration for the long-term prosperity of our nation, whereas politicians might be much more interested in the lead up to the next election. Long-term leadership requires gracious perseverance and repeated adaptability, which the Queen has shown over many years. Our nation needs long-term care. She is the best one to inspire it.

For THREE, she has shown us that a lot of leadership is about character. Her constitutional role allows her to say very little in public about the issues of the day. She can’t rely on sound bites. She has to rely on her reliability. She has to trust that her wisdom and good sense will be noticed in the long term.

For FOUR, she has learnt the value of following Jesus Christ and his priorities in life. It must be very lonely at times for the Queen, facing public criticism to which she is unable to respond, feeling like a figurehead who is often held responsible but rarely consulted. In such a role, it is so good to be able to turn to Jesus as your own shepherd. The personal Christian faith of the monarch is an important aspect of the constitution for the monarch’s well-being.

For FIVE, she has been convinced that the present Royal Family needs to get back to its main role: ensuring a good line of succession. The more recent pattern of focussing publicly on the likely next occupants of the throne is a good one. The British public is not so attached to the wider minor royals. It is only the gossip magazines who try to keep them in the limelight. We are keen to see how our future monarchs are faring, and enabling them to be well trained for their likely future leadership.

All of this is good and a lot better than several other high profile presidential systems in our world. We often appreciate the Queen more when we compare her as Head of State with Biden or Trump or Putin. Our system and her majesty take a lot of beating.