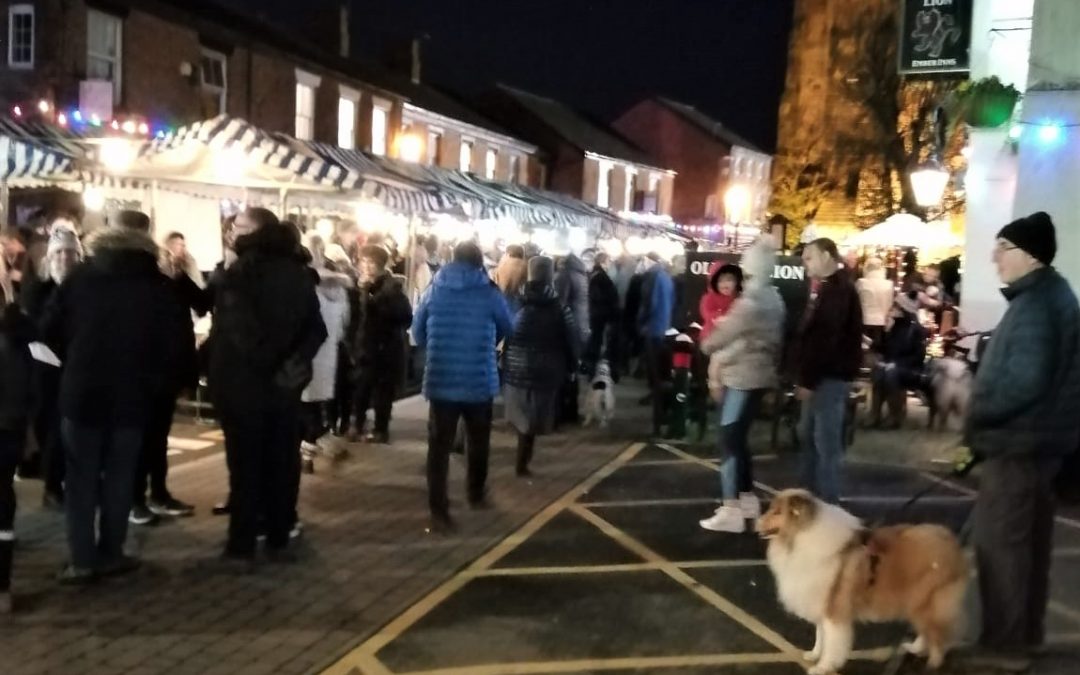 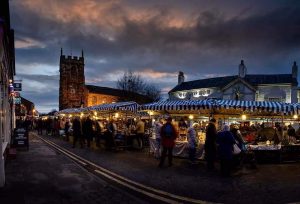 The Village Christmas Market & Fair returned to Holmes Chapel on Sunday 5th December after a gap of two years.

The event was again organised by the Holmes Chapel Partnership with support of the Parish Council, Dane Radio, Co-op and major local employers.  This year it was larger than ever with 40+ festive stalls, some together with a stage near Barclays Bank in The Square – London Road (specially closed for the afternoon!!) with other stalls in the Scout Hut. 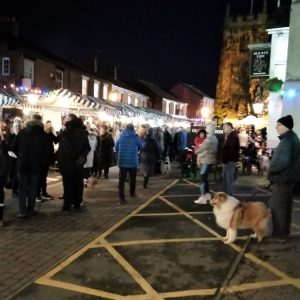 There was a new Christmas Fairground area created for youngsters on the Co-op car park with a choice of seven rides, hook-a-duck, plus a candy floss stall.  Refreshments were served by local Guides in St Luke’s Church Hall. 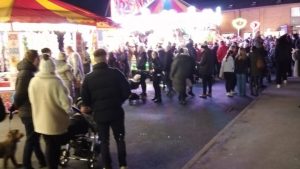 The start was signalled to villagers with a peal of bells from St Luke’s Church at 3.30pm followed by music from the Lions Youth Brass Band before the official opening at 4pm by Hazel Sutcliffe, Chairman of HC Partnership!

St Luke’s Church was open throughout the event with background music and singing, as well as constant activities for all who came in, especially younger families, thanks to Fiona Pullé and the team. ​